I found these pictures I took during winter 2000-2001. Now, THAT was a winter that I do NOT want to repeat. I found this report One for the History Books:
The Winter of 2000–01 in St. John’s, Newfoundland by Bruce Whiffen with the Meteorological Service of Canada, Environment Canada, Mount Pearl, Newfoundland, Canada. To quote Mr. Whiffen:

Canada’s most easterly city broke its all-time record for total snowfall, with 648.4cm (more than 21 feet), making it not only the highest total snowfall over 130 years of record but also the highest all-time snowfall among all major Canadian cities.

Below are some pictures that I took that winter in Paradise, a bedroom community of St. John’s.

Here are some pictures of one of a late-January storm: 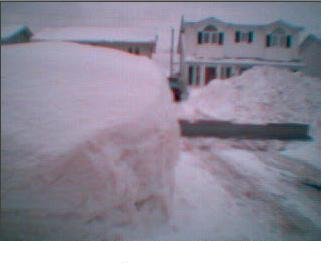 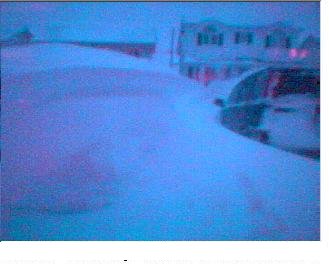 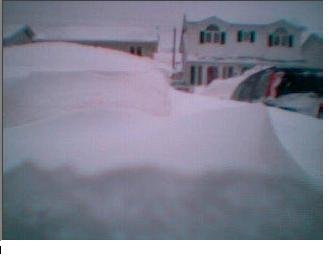 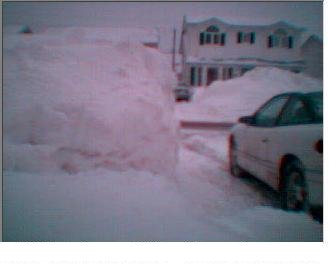 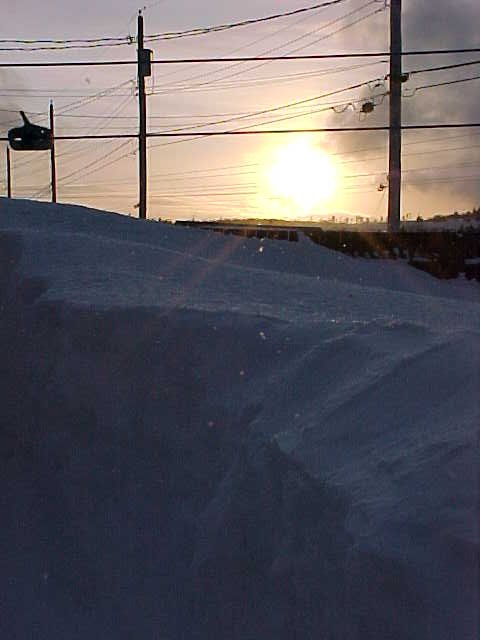 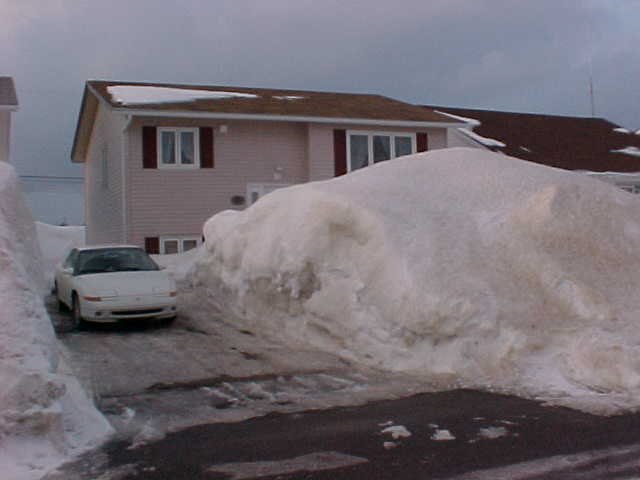 Where do you put any more snow? 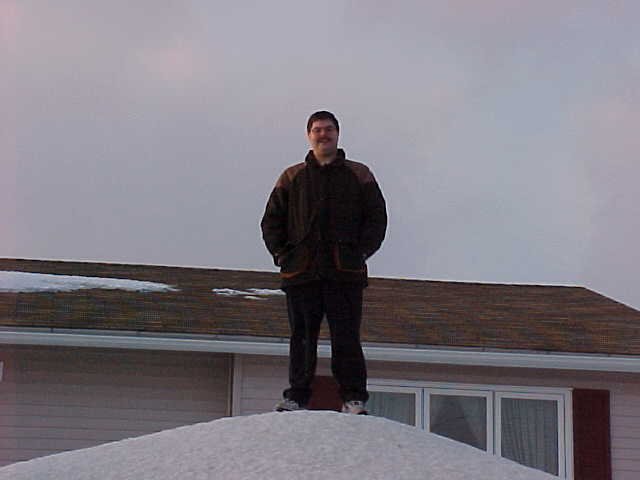 (A much younger) Me on the pile of snow on the front lawn. It is about half-way up the height of the top floor of our old split-entry house. 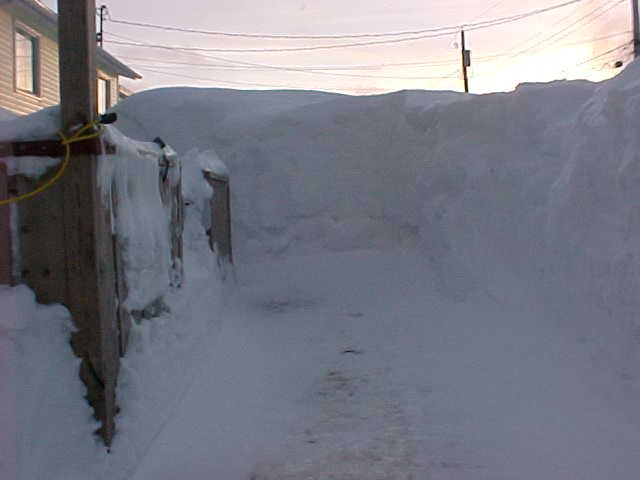 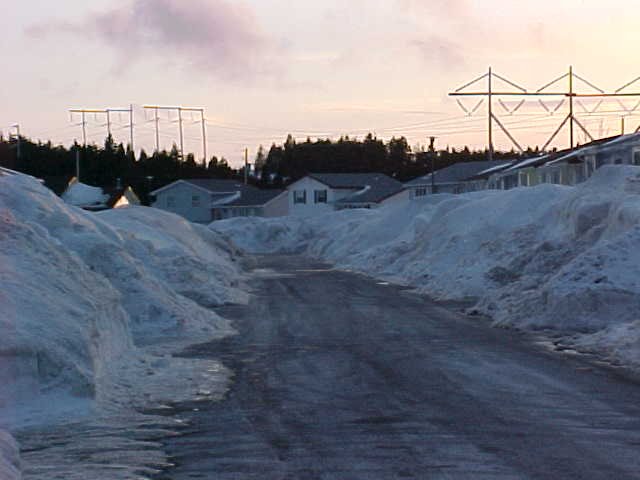 If the snow got any higher you wouldn’t be able to see any houses on our street! 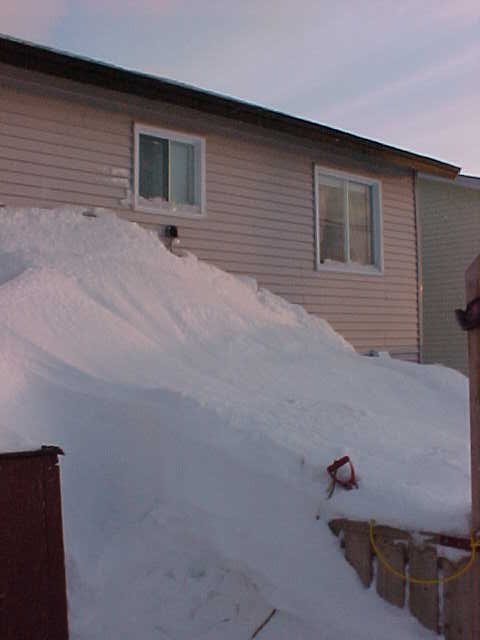 This is the back of the house. You could almost climb onto the roof! 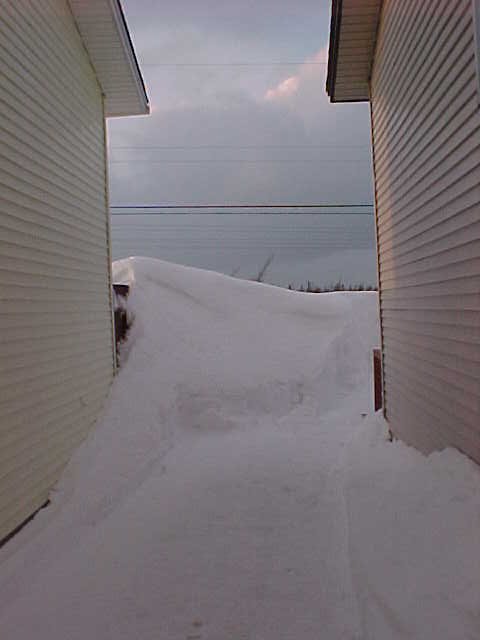