New Use for Copyright…

From Ars Technica it looks like there is another use for copyright way; or at least an attempt to use it. When Asiana Airlines Flight 214 crashed earlier in July the station used some “confirmed” names of the flight crew as listed in the graphic from KTVU in Oakland, California. Obviously the person contact at the NTSB had a sick sense of humor and was apparently fired. However trying to C.Y.A. using copyright seems to be a desperate attempt. Read the full article TV station tries—and fails—to use copyright to hide its racist news blunder on Ars 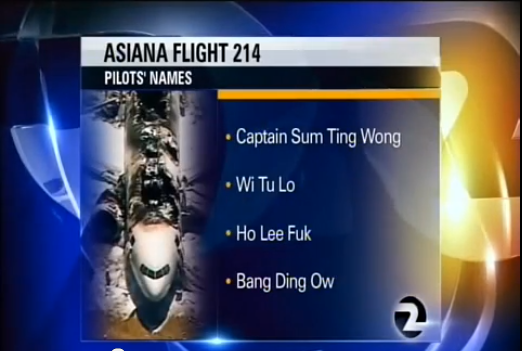