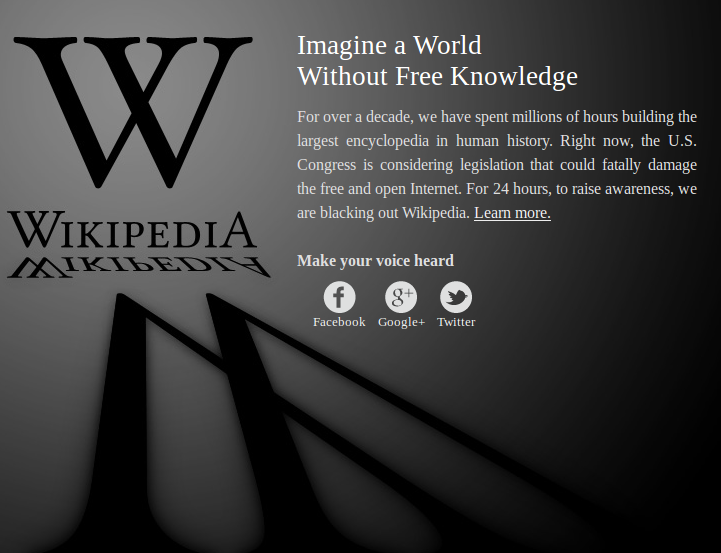 Wikikpedia has blacked itself out in protest of SOPA and PIPA – the anti-piracy legislation by the U.S. Government. I can’t think of another country that would put such restrictions in place. I mean, tampering with the world wide DNS system if someone makes the statement that a site has pirated material or pointers to where you could get pirated material. Hmmm…. what would the next thing to be  blocked? Maybe the U.S. could get a strong, fundamentalist Christian government and they could block access to any sites on Islam because they may have some link to religion-based terrorism? No where else in the world would do something like that. I mean, censor information, really? Oh, maybe I’m wrong here. Don’t we already have an example of this – The Great Firewall of China?

This entry was posted in Uncategorized. Bookmark the permalink.