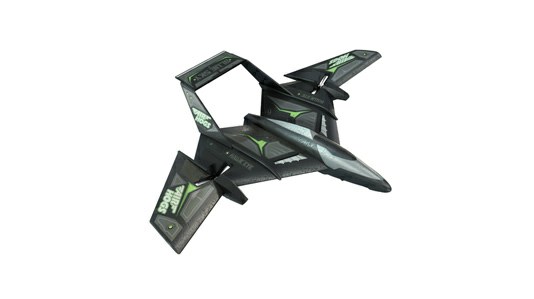 My son saved up his money (and did chores like blowing the snow out of the driveway) and decided that he wanted to buy an Air Hogs Hawk Eye Blue Sky remote control airplane.  This thing is pretty neat – it can take videos.  You can see more information here at the Air Hogs website. Here’s my son’s first video: First Hawk Eye Flight.

The plane is really, really, really light.  It was not all that windy during the first flight (we are in the lea of a hill) with the winds being 12 km/h gusting to 17 km/h.  You can see what the gentle breeze did when Cameron tried to turn the plan around and come back to us.

Anyway, it seems like it is going to be a interesting toy…. if the wind doesn’t take it away!